What can explain the shocking popularity of Jersey Shore? Where did the controversial images of Italian Americans that the show displays originate? This course proposes an examination of Italian Americans as represented in mainstream and independent American cinema (and later television) from the silent era to the present. Particular attention will be paid to the traditional stereotypes associated with these representations (how they arose and why they continue to exist), two specific film genres—gangster film and the boxing film— and how Italian-American filmmakers and television artists respond to and re-vision them. 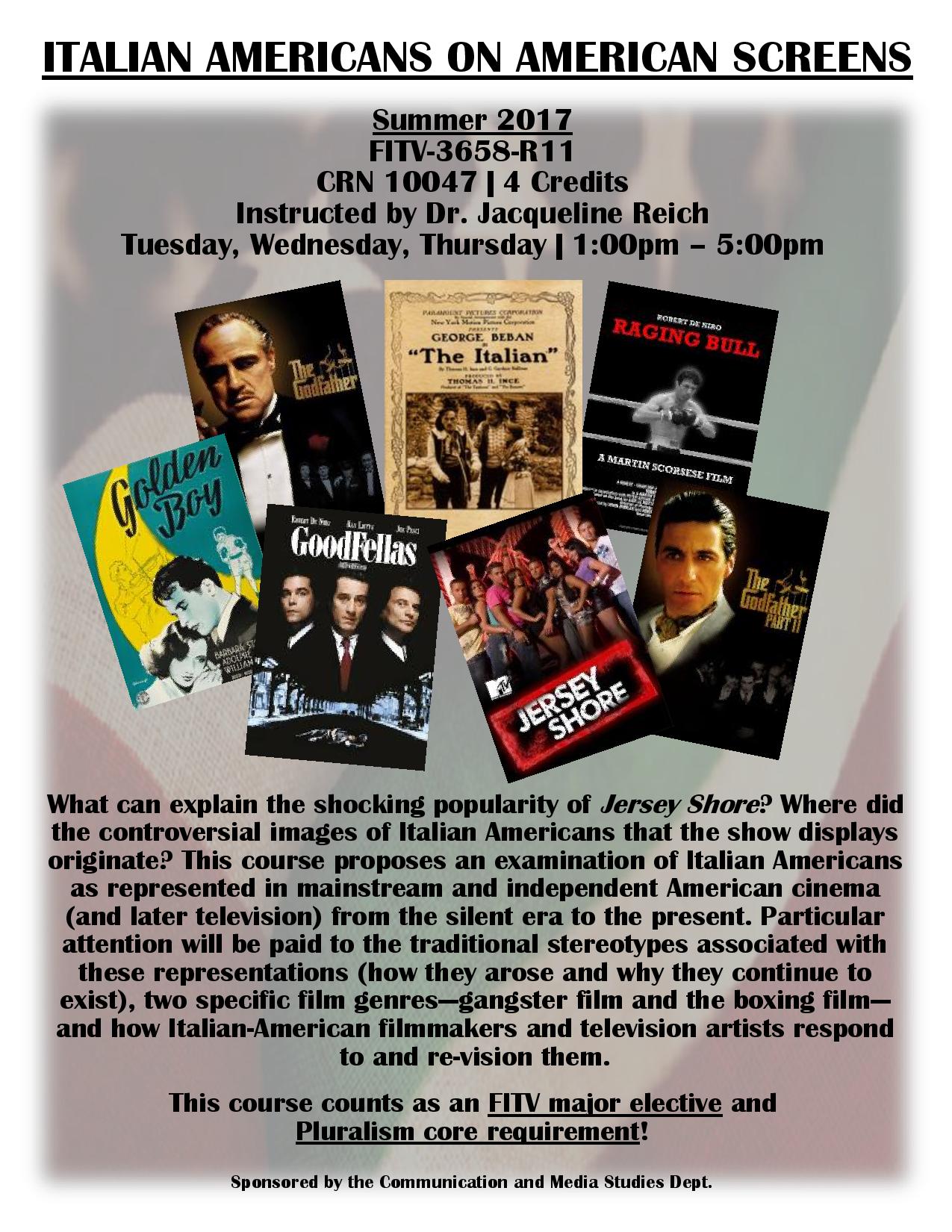