Entertainment Weekly is hosting a special screening of Warren Beatty’s film Bulworth at the Metrograph next Thursday, November 3rd. Warren will be there to introduce the film.

After the screening, there will be a panel discussing how the film is eerily prescient to the 2016 election. The panel will include 3-4 people including Chris Nashawaty, Entertainment Weekly film critic & writer.

View the flier below for more information and to RSVP. 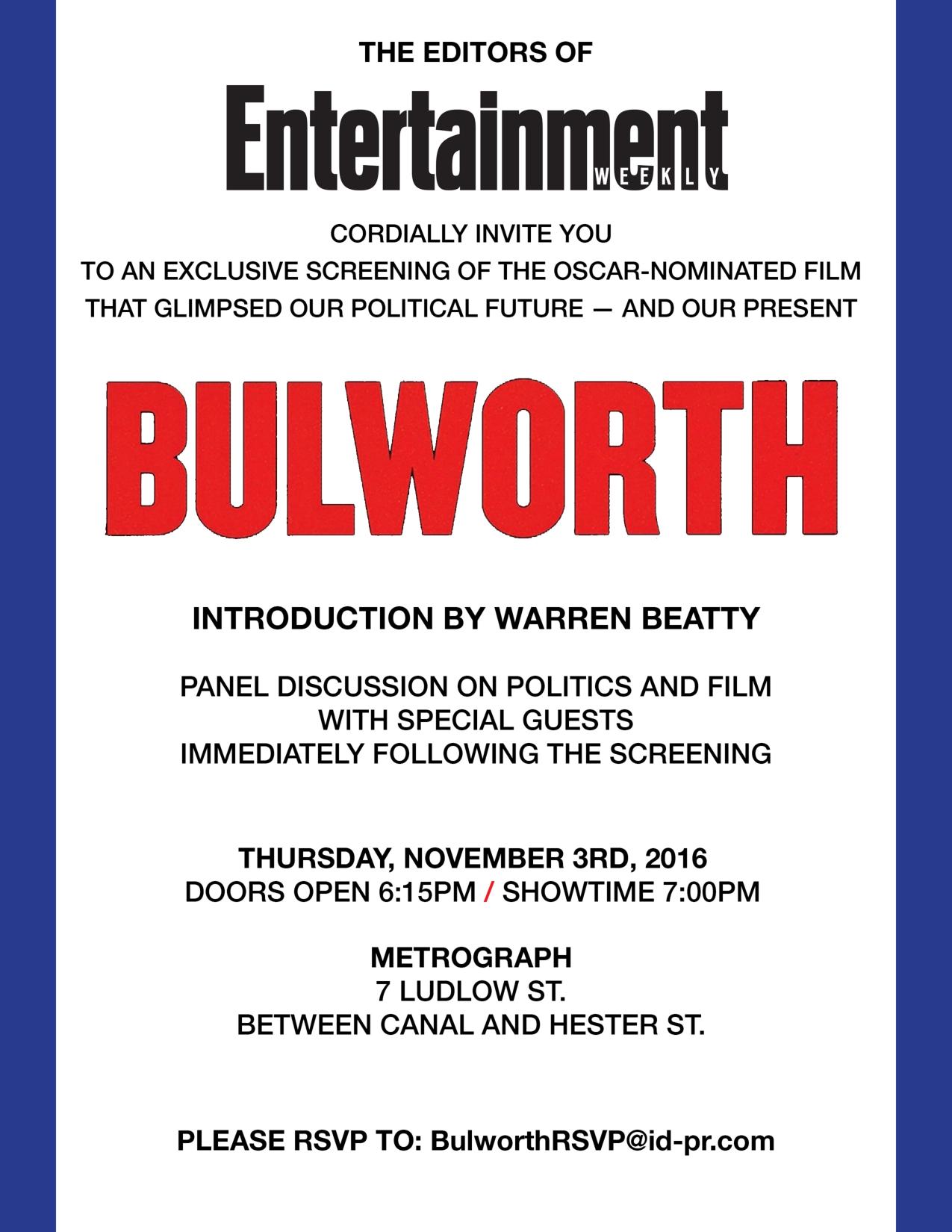