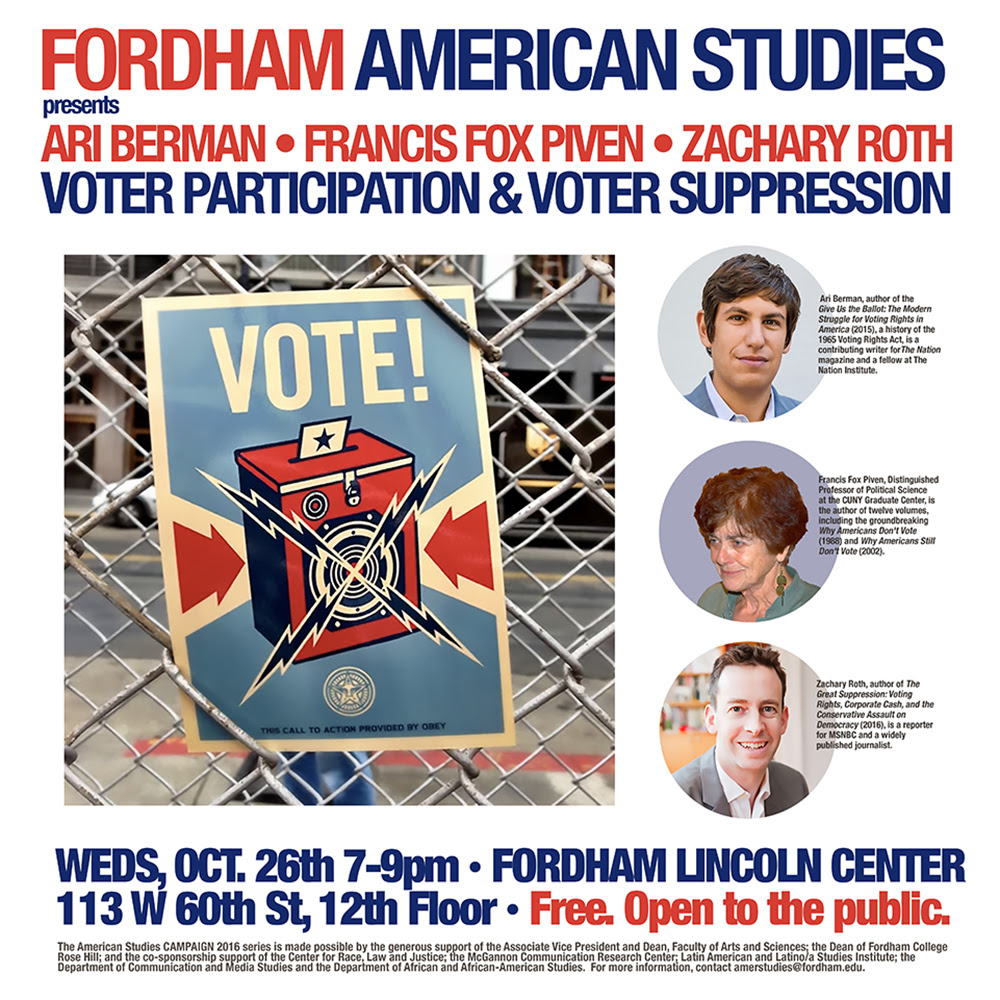 Admission is free. Open to the public.

_________________
Who gets to vote? And then, who does vote? These two questions are fundamental  to any assessment of a democracy. But given the shape of the 2016 presidential election cycle, and the Supreme Court’s 2013 decision to roll back many provisions of the Voting Rights Act of 1965, the question of voter franchise takes on renewed importance in Campaign 2016.

Join the American Studies Program for a public discussion with nationally-recognized experts on voter suppression and voter participation in the United States.

Ari Berman, author of the Give Us the Ballot: The Modern Struggle for Voting Rights in America (2015), a history of the 1965 Voting Rights Act, is a contributing writer for The Nation magazine and a fellow at The Nation Institute.

Francis Fox Piven, Distinguished Professor of Political Science at the CUNY Graduate Center, is the author of twelve volumes, including the groundbreaking Why Americans Don’t Vote (1988) and Why Americans Still Don’t Vote (2002), and Suppressing the Black Vote (2009).

Zachary Roth, author of The Great Suppression: Voting Rights, Corporate Cash, and the Conservative Assault on Democracy (2016), is a reporter for MSNBC and a widely published journalist.